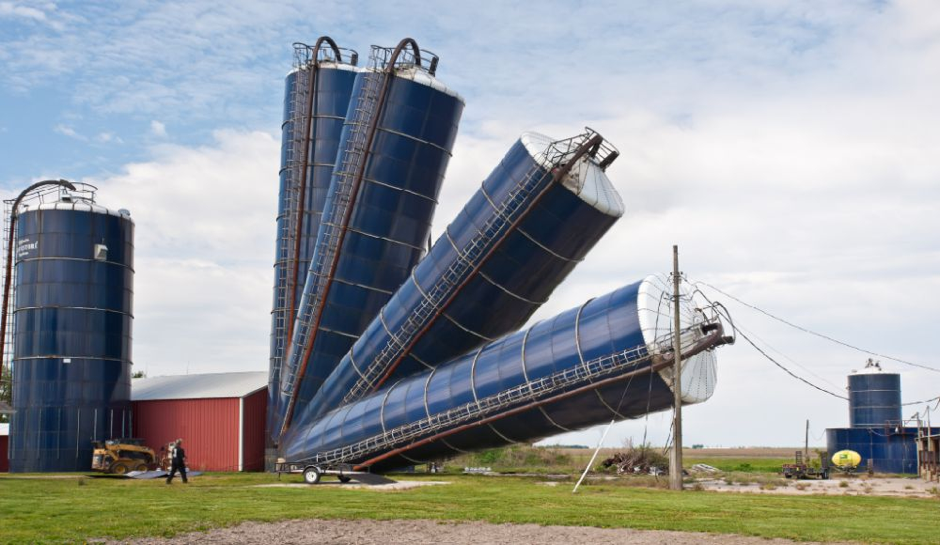 This project was undertaken in the UK Royal Air Force as part of a wider organisational leadership remit.

This large air transport base with 8000 staff was suffering poor performance. In particular, transport aircraft were not taking off on schedule. Upon investigation it transpired that the perception of front-line operations staff in the control room was that any issue or information that needed to be passed to, or discussed with, another discipline must be passed strictly up the chain of command until a sufficiently senior level was reached that the officer concerned had sufficient authority and confidence to talk to his opposite number in the other technical streams. This was clearly impeding progress and risking delays and mistakes. It concerned such matters as changes in weather forecasts, de-icing, catering, safety checks, troop or equipment arrivals, refuelling, etc.

It was decided that the silo issue would be addressed by coaching the station commander on a robust and precisely structured communication process for him to brief and then hold to account his senior management team collectively for solving the silo problem that existed between their departments.

The method included the station commander’s role in the process, and how the wing commanders would in turn brief and challenge their squadron leaders, and so on down the chain of command, ultimately tapping into the daily operational practice of frontline staff in the multi-disciplinary control room, where silo working was entrenched. A process of reporting back up to the station commander on this initiative was put in place and a tight deadline set.

More detail about the silo-management process is set out in the book The Search for Leadership.

The practical resource ‘How to Avoid and Dismantle Silos’ in the Resources Section of the website expands on the approach.