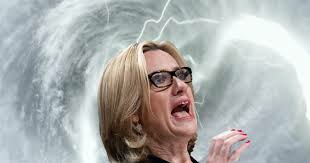 It was a bad week at the office for UK Home Secretary Amber Rudd. After a few torrid days of being questioned and criticised she resigned. She had faced public outrage for overseeing a gross miscarriage of immigration justice that had been seething over months, even years. Ultimately forced into an about-turn on policy, she admitted in the Home Affairs Commons Select Committee on 25 April that there was a systemic problem.

“I didn’t see the pattern”, Rudd said. “I look back with hindsight and I’m surprised I did not see the shape of it sooner”.

Let’s give Rudd credit for that belated flash of systems (in)sight, and admitting it. She is far from unusual however in being blinkered when it comes to recognising signs that there is more to a crisis than a series of embarrassing individual cases. System blindness – inability to notice and acknowledge patterns that indicate a systemic issue – is commonplace. This leadership weakness exists in all types of organisation. But how should you respond to the signs, understand the causes rather than the symptoms, and gain public support for appropriate systemic action?

Seeing the fish but not the water

In terms of the fishtank metaphor, Rudd was adept at noticing and responding to the fish who presented the biggest headaches. The press and public told her who these bothersome fish were, but she failed to recognise the extent and influence of the toxic water surrounding them that triggered their wave of tribulations.

For the undocumented ‘immigrants’, the toxic environment was the direct source of their parlous state. But the toxic effect could not be limited and contained at that level. It inevitably spread to those whose job it was to carry out the controversial government policy and went on to draw in and infect the entire ecosystem of sub-contractors, political processes, media and reputations. In igniting the ‘hostile’ fire, the politicians were unknowingly fanning a wider conflagration.

Most leaders and managers who fail the system sight test do so because they have been brought up to notice individuals and to respond to them; they have not been trained to think systemically, to see the system and to be concerned with what is going on around and between individuals. They have not learned to scan, to tune in their antennae, to be on a continual lookout for whether there might be a system at work and the potential for a systemic explanation behind a ruckus.

Device for the colour blind (ironically) The Telegraph

Those who do learn to notice patterns may not appreciate that the failures signal a call for better systemic governance. (See How to conduct governance systemically in the Resources Centre.) This resource addresses the practical inter-relationship between policy, strategy and operation. This was Rudd’s major blindspot; she didn’t know how things worked between these levels.

What does systemic governance enquire about?

Some key diagnostic questions in the governance resource include

Amber Rudd did not know what was going on in terms of the implementation of her policy – so clearly a governance matter. What was she to do when caught n the cross hairs? She blamed those charged with carrying out government policy at the local level: “Officials were not seeing the individual”. By this she was really referring to their individuality, their personal circumstances and differences. These were real people with unique lives, families, histories, conditions, circumstances and needs. How could they give attention to this – the officials were being driven by the need to meet targets, come what may.

Paradoxically, in Rudd’s early failure to see the system it was only individuals she was seeing. While she needed to be able to see the bigger system that enveloped and swept up those individuals, it was her officials who needed to see and enquire into the finer details of individuals’ lives. Yet it was the policy of imposing targets that compromised officers’ judgement and discretionary powers. The over-riding target to reduce net migration was bound to be interpreted by the more biddable front-line civil servants and sub-contractors in a robotic way that would inevitably generate bad press for the minister and her government.

The effect on culture

A core principle in systems thinking is that complex problems in a system’s environment should be matched by the system’s own complexity. The system requires what is called the ‘requisite variety’ that can deliver a range of equally complex solutions. In this case, the complexity of immigrants’ circumstances could only be adequately addressed and resolved when matched by an equally complex range of resources, sensitivities, capabilities and options. But officials were driven by a linear approach that was geared up to deliver simple solutions with a binary legal/illegal outcome. This inevitably led to poorly matched responses, injustices and outrage. The system thus generated waste, and there is a price to pay for wasted outcomes, not least in officials’ use of their time, skills and their goodwill and motivation. Yet this type of target-driven culture constitutes a very familiar business model.

Rather than the fishtank metaphor, the command and control culture envisaged a machine operation, switched on to produce a pre-detemined outcome (the target). When faced with more complexity in its environment than it can handle, or is allowed to handle, the system’s effect is to produce some inappropriate outcomes. The demand on the system then turns to how to deal with the failure to get things right first time. Undoing and correcting mistakes carries a high cost in terms of people’s lives, in politicians’ and officials’ time and reputations, and in expensive compensation schemes.

Was this akin to institutional racism?

On the 25th anniversary of the death of Stephen Lawrence it is salutary to be reminded of what Sir William Macpherson said in his controversial inquiry report. He observed that:

… otherwise good people, unwittingly biased, can in their collective actions disadvantage and discriminate against people of colour (Hugh Muir, ‘Windrush was a scandal waiting to happen’, Guardian 01 May 2018).

This was what Macpherson meant by institutional racism. He was not accusing the Met’s individual police men and women, as individuals, of holding personal racist views.

By ‘institutional’, Macpherson might nowadays use the term ‘systemic’. Or put another way, using the fishtank analogy, he might advise against blaming and curing individual fish; don’t take them out of the water, treat them, and plop them back in the same dirty water. Instead, notice the state of the water, because that gives rise to the problematic behaviour. Then do something to change the water. Download for free How to see the system you are in. See also How to improve the health of the fishtank in the Resources Centre.

Diane Abbott MP, shadow home secretary, was onto this in 2014 when in Parliament, she asked Theresa May, then Home Secretary, whether she considered “the effect that her measures that are designed to crack down on illegal immigrants could have on people who are British nationals, but appear as if they might be immigrants”. If Theresa May had been on the lookout for institutional racism, that was the opportunity for a lightbulb moment for her, but the light didn’t come on.

How badly contaminated was the water?

“You have to realise that the Home Office at that time was a hostile environment itself, both to the Lib Dems and to the civil servants. Theresa May and her special advisers tended to keep us out of any conversations and to lean on civil servants very heavily to achieve what they wanted to achieve. …. You must understand that, unlike most departments, this was not a collegiate department. It was hand-to-hand combat, walking through mud. Choose your own metaphor.”

Was this mammoth mess the result of a calculated tolerance that the chaotic means justified the dubious political ends? Or was it simply a politicised system out of control, where what counts is little more than survival of the fittest?

Even in the sordid world of politics, the Home Office management, the departmental culture and climate, and the lives of all the parties involved, present a governance challenge for its leaders. But have they noticed that is what it is? The resource How to lead and manage change will help here.