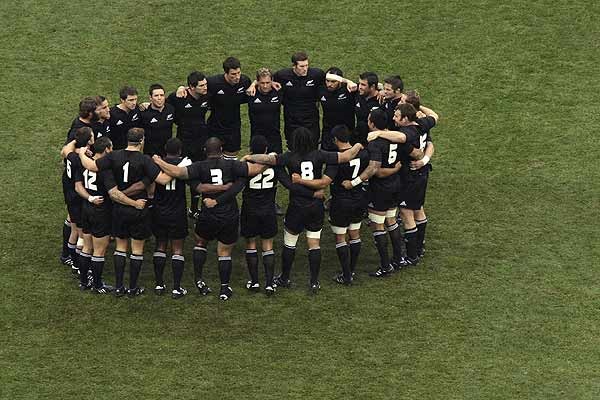 In 1995 the RSA (Royal Society for the encouragement of Arts, Manufactures and Commerce) published the findings of its Inquiry by a group of British business leaders into Tomorrow’s Company – The Role of Business in a Changing World. The Inquiry, chaired by Sir Anthony Cleaver, was triggered by an urgent need to improve the sustainable competitive performance of UK companies. Its conclusion was that there was no simple technical formula for success. Instead, what each company needed was an inclusive relationship with customers, employees, suppliers, investors and the wider community.

The Centre for Tomorrow’s Company (later simply called Tomorrow’s Company) was set up in 1996 to inspire and enable companies to implement that agenda. Its director is Mark Goyder, the programme director of the RSA Inquiry. Bill worked closely with Mark and the Centre, supporting its research programme. He researched and wrote the materials that accompany the eight-part BBC video series Building Tomorrow’s Company. These contain an audit tool to serve as a trigger from which a company’s development action may spring. Contact Bill for further information. (Also see the Resources< Centre for more information.)

Here is a short extract from the Introduction to the series:

This question lies at the heart of a critical debate about what will make companies successful and relevant in a future that is fast changing and ever more demanding. The discussion is fundamental to the world of business and all those impacted by it. This includes a company’s customers, employees, suppliers, investors, and its local community – that is, all its ‘stakeholders’. The question matters for wider society too, for public policy makers, the City, lobby groups, educators and business school students, who are tomorrow’s wealth creators.

Success for businesses, as for individuals, will be summed up in the paradox of permanence… Companies will have earned their lasting place in a dizzy, complex, and critical world because, somewhere deep down, people feel they have integrity. Products will be changing far too quickly for businesses to be differentiated on the quality of products alone. Businesses will stand out from the pack because, in all the relationships which are crucial to their success, people know what they stand for and can identify with them. (Mark Goyder (1988): Living Tomorrow’s Company

Yet there is no single answer to the question of what characterises tomorrow’s successful company. Entrepreneurs, boards and leaders need to work out their own answers to some fundamental questions.

The first video in the eight-part BBC for Business series is on the subject of Leadership in Tomorrow’s Company. This chart developed by Bill sets out the contrasting beliefs that characterise leadership in yesterday’s and tomorrow’s company. 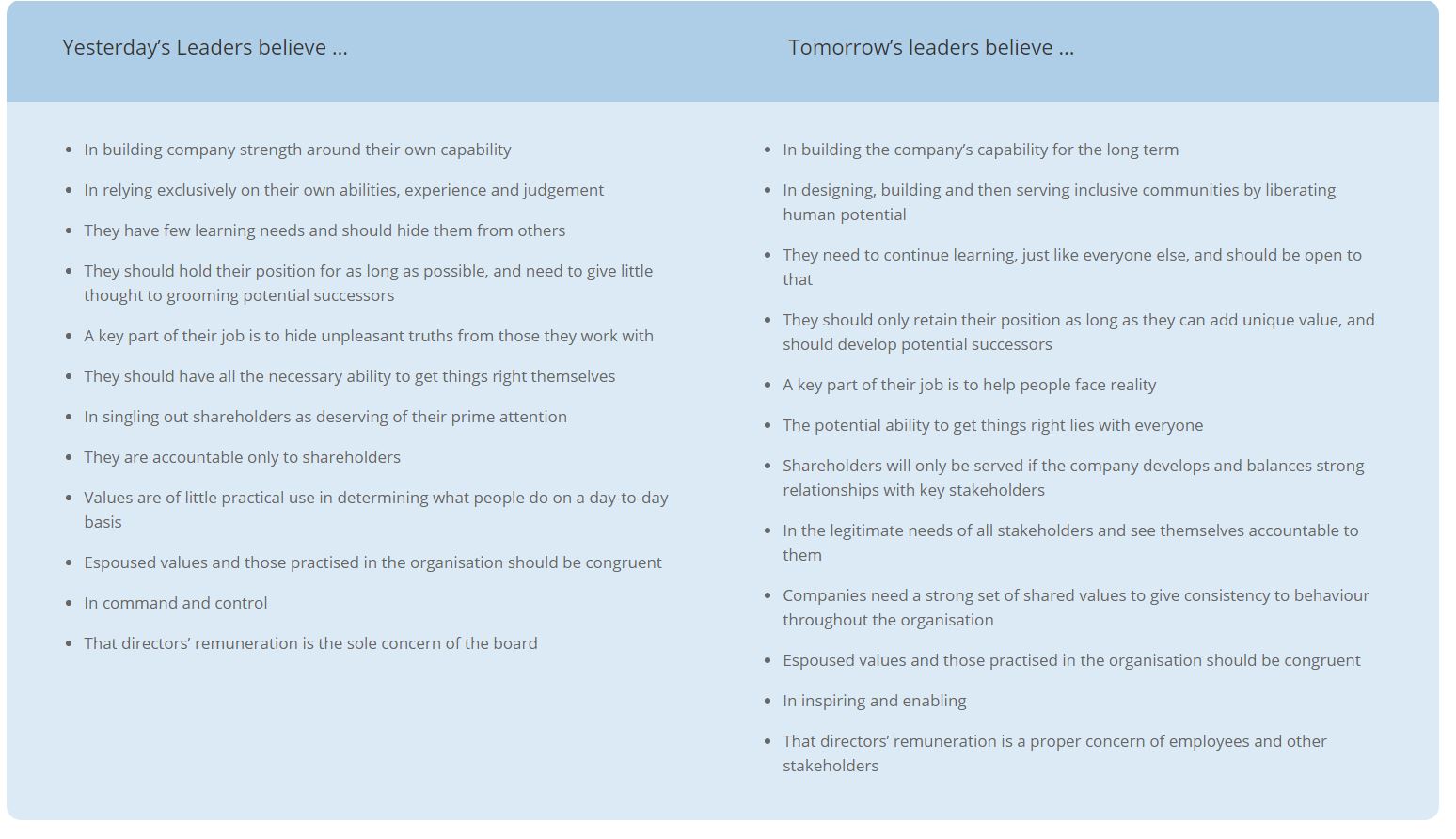