How should organisations engage with their employees? 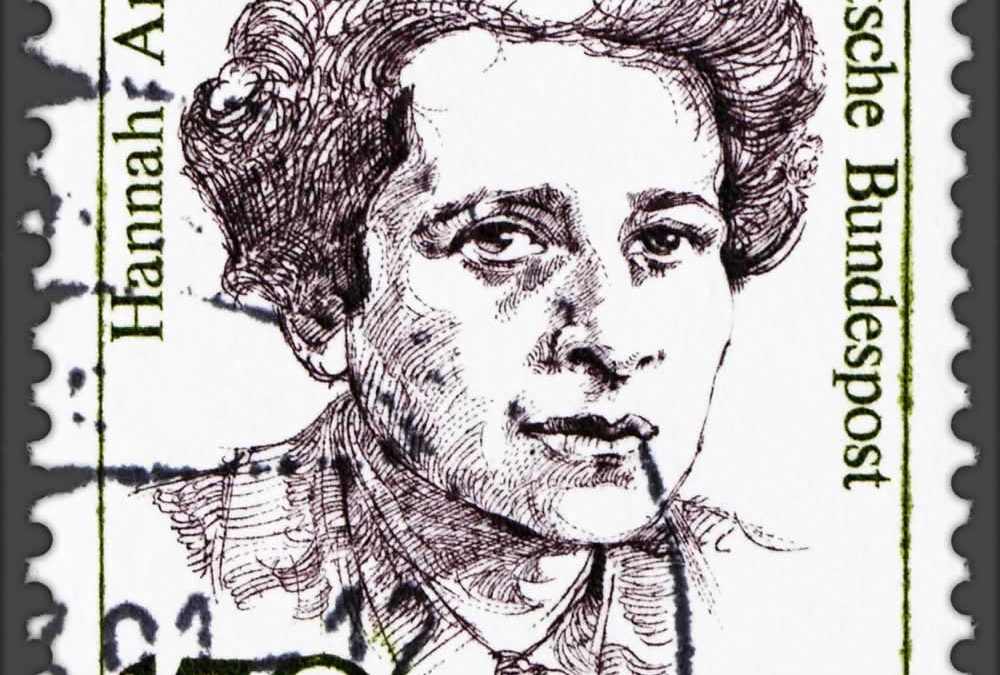 Some old and some new theories suggest we still have much to learn.

Thinking has moved on since Douglas McGregor’s 1960 still-popular Theory X (authoritarian) and Theory Y (participative) view on motivation and management, based on negative or positive assumptions about employees. One of today’s keys to a healthy organisation is found in freedom from oppression and freedom of expression.

Suddenly people are rediscovering Hannah Arendt. This German-born Jewish American political theorist – also from the McGregor era – studied aspects of human nature and the human condition. Less noted in HR circles than McGregor, Arendt distinguished between two features of workers. Over-simplifying here, on the one hand people could be seen as having no choice but to undertake labour for reasons of self-interest and preservation. But on the other side they possessed ideas and the potential to channel their energy into seeking active improvement.

Professor Griselda Pollock, an expert on Arendt, explains her beliefs:

“Every human life is the potential beginning of something new. Unlike animals, which are predictable – each will behave as its parents behaved – something has begun in a human that could be completely different. This is ‘natality’. As a result of that, the human condition is plural”.

The consequences of this are vast: as we communicate, we show ourselves to one another in our difference, and it’s in this disclosure that action is generated: we can do something to change the world.

So how do organisation managers respond to Arendt’s broad analysis of these contrasting aspects? Most probably welcome the former and are wary of the latter. Despite talk of empowerment many prefer employees to be compliant units of economic activity, not free-thinking units of political activity.

Too much activism can spell trouble. Just witness how hard organisations work to discourage whistle-blowing. Worse than this, how often we hear of cases where warning signs were passed up the reporting channel and went unheeded, with a high price later paid by the employing organisation. Hierarchies don’t easily redistribute their power.

In recent times, in The Biology of Wonder (2016) radical German biologist Andreas Weber puts his finger on something rather similar to Arendt when he considers how managers think about the lives of their employees. Weber distinguishes between people being regarded by their organisations as mere objects on the one hand or as vital subjects on the other. For Weber, it is feelings-based interior subjectivity that distinguishes a truly living system.

Managerially, if people are regarded as objects they can be handled in an undifferentiated way. Organisations then don’t feel obliged to consider the inherent and infinite variety in the way individual employees wish to live their lives, seek fulfilment, pursue their quest for life and growth, feel good about themselves and be self-motivated.

Seen from the individual employee’s perspective, they are not the manager’s objects or mere resources: they are subjects. That is, the vitality they bring to their individual working lives varies enormously. They have different thoughts, opinions, wishes, needs, experiences, histories, allegiances, pressures, passions, emotional feelings, courage and so on. They see themselves and their colleagues as widely differentiated and they want to be known, recognised and related to as an individual.

The same is true of patients. Difference is a nuisance. Treating patients as individuals is a novelty – thankfully gaining ground. Asking whether people are co-creating the future jointly with you unlocks the new way of thinking. Even those who contact call centres can be considered in this way.

The distinction between Weber’s objects and subjects is important for management cultures that are still wedded to the scientific management ‘mechanistic’ model that views organisations through the metaphor of the (hoped-for) well-oiled machine. In reality, managers experience anything but their chosen ideal, but they have been brought up to think this way.

Take Donald Trump:  when his new presidential executive administration was coming apart at the seams, he claimed that his team was “running like a fine-tuned machine”. Yet he was witnessing the natural messiness of complexity inherent in any socio-political structure. It would be far better if Trump understood and admitted to that reality and learned to embrace complexity, with all its strength and joy, as well as its inconveniences and scope for embarrassments. But those who suffer hubris hanker after linear thinking (“If I do or say x, then y will follow, and z will be the result”). If it doesn’t work it gives him someone to blame.

The point here is that the mechanistic model has a long history, and long out-of-date history. It derives from the physical sciences and the age of Isaac Newton the René Descartes in the seventeenth century. The model assumes that behaviour is controllable by, and responds predictably to, the exerting of external forces on people. The lives of objects can be more easily handled, managed and justified under this assumption, but the lives of subjects decidedly cannot and morally should not. Extrinsic motivation unwisely holds sway over a reliance on intrinsic motivation. Moreover, the 17th C model of ‘reductionism’ sought to break parts down to be fixed rather than examine the whole. People were to be treated like clockwork, said Descartes. But today’s subjects want more say over their work lives.

“The concentration camp exists not to extinguish life but to extinguish the human.” The analogy may seem far-fetched today, but organisation systems are good at suppressing employees’ energies for bringing about change, better than they are at liberating them from their captivity and allowing their individualism to flourish (“… the infinite preciousness of every person’s potential cascades into a brutal homogeneity, one person indivisible from the next”).

Witness the behaviour of the Care Quality Commission‘s inspection regime and its checking of GPs’ behaviour against its rigid standard model. I was privileged to judge and award the independently minded GP David Zigmond for 2016 Positive Deviant Leader of the Year. He held out against pressure to conform and comply, resisting the growing institutionalisation of the General Medical Practice profession as well as the institutionalising of the inspection regime’s methodology (See Zigmond’s articles 74 -77 on Marco Learning Systems).

Of course, the regulator’s inspectors claimed they ‘were just obeying orders’ (Adolf Eichmann’s famous defence, and it so happens that Hannah Arendt gained fame by covering Eichmann’s trial in 1961.) Zigmond (Polish ancestry) wanted to retain freedom to get to know his patients as whole and true subjects (in Weber’s terms), rather than be obliged to adhere to the CQC’s uniform diagnostic and prescriptive templates which more easily define and manage patients as objects. And he wanted to be treated as such a subject himself. But if he gained his professional freedom, they would all want it. How awkward. Sadly and predictably his licence and his living were withdrawn, ‘extinguishing the human’ in Arendt’s terms. He could have played the game and stayed safe. But …

“They that can give up essential liberty to obtain a little temporary safety deserve neither liberty nor safety.”