Why and where competency frameworks succeed or fail 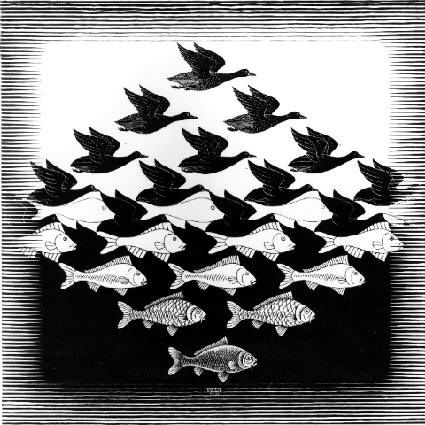 Let’s come clean about this. Whether useful or not, it’s time to admit that competency frameworks are flawed, not least because at heart they are unsystemic and linear. This matters: they concern generic behaviour and they target individuals. This is quite a burden, as we’ll explain. That said, frameworks do have a place, as long as they acknowledge it and stay in it. The trouble is they don’t.

So what is going on with frameworks? Are they past their sell-by date?

The most up-to-date analysis appears in The Search for Leadership: An Organisational Perspective

This shift of focus is most graphically brought out in this week’s highlighted resource How to make development more strategic.

Organisations that like using frameworks often confuse two uses. The first is external to an employment context. Many large organisations vainly hope to find a universal right way for an employee to do something (such as how to manage or lead correctly). If they knew what the answer was, it would make every boss’s job easier. If the search proved possible then such a framework would have value in an educational or preparatory context. The framework could serve as a guide when individuals are studying, qualifying, seeking a licence to practice, or seeking a new occupation.

The second – but more problematic – use of frameworks is within the job. The framework is intended as a means of getting employees to perform their job in the way the organisation has decided it wants. One county council relies on a 21-page assessment for their managers. The managers have to provide annual evidence to demonstrate that they are complying with that local authority’s management framework. An unintended consequence of this is that to obtain a high score managers have to show that they don’t need to change – hardly good for a learning culture and the opposite of what the organisation needs. And the amount of time and effort planning how to get through the appraisal well comes at the expense of managers getting on with their busy jobs.

Leaving such practical concerns aside, performance, behaviours, strengths, challenges, goals, priorities etc vary across a population of employees. And that’s a good thing. They also vary with the particular organisational context at a given time. Thus, best-practice performance formulae cannot be universal.

In sum, assessing managers for compliance is at odds with their improvement. Focusing on the individual to deliver performance rather than focusing on the organisation is a poor choice. And management and leadership activity is relational; it is neither about nor in the gift of ‘individuals’.  The resulting behaviour – as systems people put it – is an emergent property of a relationship: it is our connections (with elements in our system, as well as with other people) that generate and account for the performance. (See last week’s newsletter ‘Are we individuals or people when at work? There is a difference.) While we are not individuals in the sense of being alone, we are all different.

There is a better way to improve performance.

How the system works is crucial for how employees perform. For this reason that is the most useful aspect of performance to discuss. Worthwhile dialogue should be pulled by what is going on in the organisation more than by what is being pushed into it as some external generic view of best practice.

There is another failure in thinking that crops up in the misapplication of competency frameworks. This is a belief that there is a right way out there, if only we can find it, write it down, and assess people against it. Tosh. In reality there is a variety of views, possibilities and choices about what works well and is appropriate. The specification – if there needs to be one – is plural rather than singular.

David Halpern, in charge of the UK Government’s Nudge Unit, made this point when talking about food labelling. Somewhat controversially he bravely said (paraphrasing) many people want to be told the one best way of doing this. But, he said, in truth there are several ways that work well. And we don’t even know which works best, if any of them. Maybe we should admit that and offer more choice, he advised.

At a more philosophical level, as Nick Chater puts it in a remarkable new book The Mind is Flat: The Illusion of Mental Depth and The Improvised Mind  (Allen Lane, 2018):

“The inner oracle is an illusion … our explanations are less than watertight. They are systematically and spectacularly sticky. The project of drawing out the knowledge, beliefs and motives and so on that underpinned people’s behaviour turned out to be hopelessly difficult. … What we say sounds like explanation – but really it is a barely coherent jumble” … Our brains are relentless and compelling improvisers, creating the mind, moment by moment.”

Over-specified frameworks hark back to a mechanistic way of thinking. This mindset commands that a highly ordered process be followed, a type of lockstep where someone else takes the role of caller. But doing something in a different way from colleagues may be better and wiser. An obstacle to change and greater flexibility is that those with authority and power acquire their role, status and licence to call the shots and to judge others is based on a conspiracy that there must be one right/best way of acting. But there isn’t. Perhaps we should spend less time assessing people and more time helping performance improve.
Next time

A good GP lost his licence to practice because he challenged the regulator’s view that there was one way to be a GP. He was too square a peg.  He refused to have the corners knocked off him. I’ll say more about this next time in There is no right way to do anything – in socially complex systems like managing and leading.